It happens at nearly every talk I’ve given on climate change or the environment.  I could be talking through the lens of my own research on past climate, or via my Cabot Institute role or as a climate action activist. Inevitably and regardless of context, the tedious question is asked, usually posed as a ‘gotcha’ moment, what the questioner considers to be a particularly trenchant insight: ‘But isn’t population the real problem?’

It is the same on social media. Sometimes in the news.  Sometimes said by leaders and environmental advocates who really should know better. It is a pervasive little bore in almost all environmental conversations, intellectually lazy and dishonest, evasive of responsibility.

Of course, often it is far worse than that, coded for racial and colonial bias, an attempt to blame ‘them’ for our environmental problems, ironically ‘them’ that have been most victimised by climate change and environmental degradation in the first place.

In all cases, it reeks of shifting responsibility – either from an individual or a nation, or from a cultural bias or economic worldview. And not shifting that responsibility upwards, to challenge those in power, but shifting down, kicking down, blaming those already exploited and oppressed.

Sometimes it is well intentioned, especially from those new to these debates. And to those of you who want to genuinely bring population control into the environmental discussion in any of its forms, I have one request:  Don’t. I am not interested in this conversation. Few or us are. We know how to do math, we’ve had the conversation many times, and we know it adds nothing new in the way of insight or solutions.

But, if you insist on imposing this conversation on someone, insist on making a documentary where ‘too many humans’ is your central conclusion, insist on coming to talks or coming into our mentions just to ask this question, then here are the rules.

1. Tell us your point.  If your point is to say that ‘more people will consume more’ then move along; we can all do math. We know.

2. If your point is that ‘this is the real problem and it is being ignored’, then go back and redo the math.  Global birth rates have been declining for decades, from a high near 5 in the 1950s to about 2.4 now, i.e. not quite but nearly at stable population levels. That is why population is expected to plateau in the middle of this century. Is this, therefore, the ‘problem that is being ignored’?

From https://ourworldindata.org/future-population-growth Note the declining rate of population growth since 1960.

3. If despite this, you still maintain that population is the real problem, i.e. a greater problem than capitalism and consumption, a greater problem than the wealthiest burning through energy and the environment at a rate an order of magnitude greater than the rest of us and two orders greater than the poorest of the world, then acknowledge the inequitable world for which you advocate. Understand global (or even sub-national) per capita differences in consumption, CO2 emissions, etc. Understand how those differences align with privilege and wealth.  And class. And race. Understand who you are blaming, who you are accusing of being the ‘real problem’. And most importantly, understand who you are protecting, who you are insulating from blame, who you are insulating from meaningful action. And therefore:

4. Acknowledge if you just abdicated or deflected from your own responsibility and dumped it onto someone else.  And then we get to explore why you have done so.

If still confused, see below: 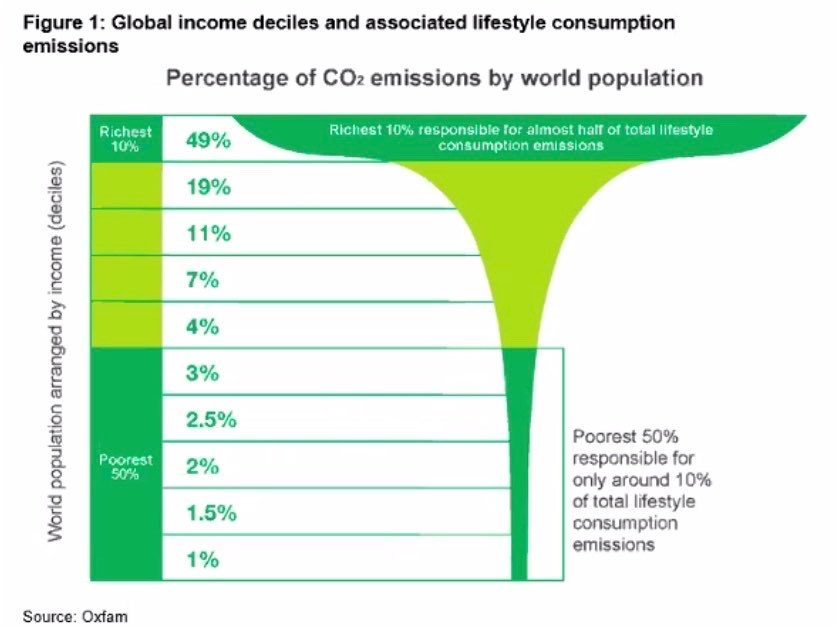 5. Do your homework on the history and wider cultural context of the arguments you are making. Understand eco-facism. Understand its history and the crimes committed in its name. Understand that all of us who have been talking about climate change for decades have had hundreds of speakers come up to us after a talk and say, ‘But we all know that the real problem is population growth in Africa/India/Asia, etc.’  If you are going to talk about population growth, you have an obligation to be aware of the racial subtext – and your own inherent racial biases. You do not have to accept responsibility for your fellow travellers, but you are obliged to know who they are.

6. Put your cards on the damn table. You do not get to suggest something so provocative and laden with racist and imperialist connotations and not have the guts to propose a solution.

8. If your solution is something darker, you don’t get to just vaguely gesture at the problem and allow your audience to fill the gaps.  If you want to control the life choices and bodies of black women, have the guts to say so. If you are a eugenicist, admit it.

9. If you don’t say what your solution is, i get to assume that you are volunteering to be front of the queue if it is implemented.

10. If you are a privileged, white male, just don’t.  If you are past the age of having more children yourself, just fucking don’t.

Seriously.  Re-read point 10.  I’m not saying you do not get to have an opinion; I am a white male who has chosen not to have children and I have opinions.  But I’m not interested in that opinion, especially when it is a conversation about what “other people” need to do in order to solve a problem that people like us created.  What I am interested in is honesty, integrity and personal responsibility.  For any climate or environmental issue, what is your solution and what are the consequences?  Who are you expecting to change or to sacrifice; where does the burden for action fall; to whom are you assigning blame?

And why do you think that?