Cabot Institute Director Professor Rich Pancost will be attending COP21 in Paris as part of the Bristol city-wide team, including the Mayor of Bristol, representatives from Bristol City Council and the Bristol Green Capital Partnership. He will be writing blogs during COP21, reflecting on what is happening in Paris, especially in the Paris and Bristol co-hosted Cities and Regions Pavilion, and also on the conclusion to Bristol’s year as the European Green Capital.  Follow #UoBGreen and #COP21 for live updates from the University of Bristol. Part 4

When I started by PhD in 1992, the concentration of carbon dioxide in the Earth’s atmosphere was about 355 ppm and already a huge source of concern to climate scientists.Bristol’s presence at COP21 started with a bang, with some of its most important contributions being showcased as it opened the Bristol/Paris/ICLEI Cities and Regions Pavilion.  There is a lot to digest from that and that will be the focus of tomorrow’s or Friday’s blog.  Today, however, I am going to take a step back and revisit the climate science that is the basis for the political, entrepreneurial and social actions currently being discussed in Paris.

If we continue burning fossil fuel, even with reduced emissions, we will reach 550 to 700 ppm by the end of this century. Our work and that of others reveals that these are values that the Earth has not experienced for at least 10 million and maybe even 30 million years.

This is causing the Earth to warm.  That relationship is derived from fundamental physics and first articulated by Svante Arrhenius over a century ago.  Our climate models elaborate and clarify this relationship.  Earth history validates and confirms it – when CO2 was higher, the planet was warmer.  And consistent with that, this year is on track to be the warmest in recorded history, with human-induced warming now thought to have warmed our planet by 1C. 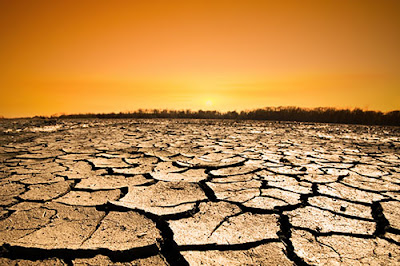 This is half of our agreed limit of 2C; and due to the slow response of the climate system, more warming will come.

These are some of the truly eye-opening facts surrounding climate change, the challenge we face and the need for this week’s negotiations.

There are many who will argue that the science of climate change is too uncertain to act upon.  The observations listed above, and many others, reveal that to be a manipulative half-truth.  There is an astonishing amount of knowledge about climate change – and global warming in particular.

Moreover, as Steve Lewandowksy (and Tim Ballard and myself) discussed in an article in the Guardian yesterday, the uncertainty that does exist in our understanding of climate change impacts is cause for mitigative action not complacency.  This was based on our recent volume in the Proceedings of the Royal Society, in which a great diversity of researchers highlight the impact of uncertainty on the economy, cooperation, action and creativity.

This has long been a focus of the Cabot Institute; Living with Environmental Uncertainty is a central tenet of our mission. ]We have hosted consultations and workshops on understanding, constraining and communicating uncertainty; advised decision makers and leaders; produced papers, reports and even handbooks. This year as part of the Green Capital, we framed much of our own activity, as well as our contributions to the Summits, Arts Programme and Festivals, around this theme: The Uncertain World.

A great example of this research is that of the Bristol Glaciology Centre.  Tony Payne was a Lead Author on the IPCC report on ice sheets and sea level rise.  Glacial biogeochemists, Martyn Tranter, Jemma Wadham and Alex Anesio, are studying how surface melting can create dark patches of algal growth which could absorb light and accelerate melting.  Jonathan Bamber led a fascinating expert elicitationstudy which suggested a wider range of potential sea level rise than previously thought. 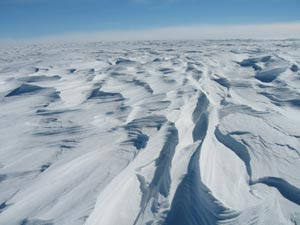 All in all, this work is consistent with the most recent IPCC report that sea level rise will likely range from 0.7 to 1.1 m by the end of the century.  However, that range belies deeper and more frightening uncertainty. Professor Bamber spoke about this yesterday at COP21 as part of the International Cryosphere Climate Initiative and Scientific Committee on Antarctic Research session on Irreversible Impacts of Climate Change on Antarctica.  Their presentation highlighted that the IPCC range of potential sea level rise is largely a function of the 2100 time frame applied.  Longer timescales reveal the true magnitude of this threat. The projected ~1m of sea level rise is probably already inevitable. It will be even higher – perhaps several metres higher – if we warm our planet by 2C, and even more so if it warms by the 2.7C that current Paris commitments yield. The geological record suggests even more dramatic potential for sea level rise: 3 million years ago, when CO2 concentrations were last ~400 ppm, sea level might have been 20 m higher.  These changes almost certainly would take place over hundreds of years rather than by 2100.  But their consequences will be vast and irreversible.

This uncertainty is not limited to warming and sea level rise.  Uncertainty is deeply dependent in rainfall forecasts for a warmer world; we know that warmer air can hold more water such that rainfall events are likely to become more extreme.  However, how will that change regionally?  Which areas will become wetter and which drier?  How will that affect food production?  Or soil erosion?

Of course, climate change is about more than just warming, sea level rise and extreme weather.  It is also about the chemistry of our atmosphere, soils and oceans.  Again profound concern and uncertainty is associated with the impact of coastal hypoxia and ocean acidification on marine ecosystems. In fact, it is the biological response to climate change, especially when coupled with all of the other ways we impact nature, that is most uncertain. Unfortunately, Earth history is less useful here.  Even the most rapid global warming events of the past seem to have occurred over thousands of years, far far slower than the change occurring now, a point that emerges again and again in our research and frequently emphasised by the Head of our Global Change Theme Dani Schmidt. (NOTE: Now Jo House and Matt Rigby)

What is happening today appears to be unprecedented in Earth history.

We are creating an Uncertain – but also volatile, extreme and largely unknown world.  Some of that is inevitable.  But much of it is not.   How much will be largely decided in Paris.

But not just by nations.  Also by mayors and councils and LEPs, NGOs, citizens, businesses and other innovation and transformation leaders.  This is why the actions being proposed in the Cities and Regions Pavilion, not just by Bristol but by hundreds of cities and local authorities across the globe, are so very exciting.