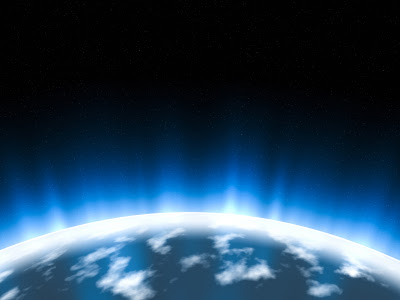 After the problems of Copenhagen, the French were keen to avoid surprises, which was the rationale for the INDCs (Intended Nationally Determined Contributions) we have heard so much about over the past year – and this they did superbly well. This agreement is consistent with what most of us expected two weeks ago.  Having said that, most of us are still very excited by that achievement given the numerous potential pitfalls.

There was one surprise, however. As I wrote  a few days ago, the Conference was stunned by the emergence of a large and diverse group that demanded (and somewhat achieved) a more ambitious overall global warming limit – well below 2C rather than 2C. This is an achievement for science in that it acknowledges the impact of 2C warming on small island states and nations with extensive low-lying areas. Jonathan Bamber of Bristol’s Glaciology Research Centre was part of the International Cryosphere Climate Initiative and Scientific Committee on Antarctic Research session on the Irreversible Impacts of Climate Change on Antarctica, a session that acutely underscored the implications of 2C warming just as the ‘Coalition of Ambition’ was preparing to reveal its agenda.

However, this increase in ambition and the surrounding rhetoric disconcerted many in the community.  As I wrote on Friday, the disconnection between these agreed limits and the INDCs and between the INDCs and national policies has led many to claim that the agreement represents ambitious grandstanding without concrete actions.  Moreover, the INDCs remain voluntary…

Strikingly, the Agreement makes no direct mention of negative emissions nor carbon capture and storage – although that is clearly implicit in directives for carbon neutrality and in the adopted limits themselves. We will need to sequester carbon out of the atmosphere to limit warming to this degree.  We will need new aviation and shipping technology to achieve this limit.  It is the gap between aspirations and technological capacity, social behaviour and political will that has caused some to disparage the Paris Agreement.

It is too soon to say, but I don’t think that captures the complete picture of what happened in Paris over the past two weeks and it does not capture what this Agreement could eventually achieve.  In many senses, this Agreement is about empowerment, confidence and united commitment. No other COP has had such a deep engagement from non-national actors. It was not just the usual NGOs, but also a huge range of businesses from Coca Cola to New Holland to BMW to exciting new kids on the block that you’ve likely never heard of (like Gogoro!). Crucially, investors were also present – Moody’s and Santander but also a plethora of green bond developers and other alternative financiers. And more so than ever before, the cities were out in force, both collectively via groups such as ICLEI, C40, and the Covenant of Mayors (and the Compact of Mayors) and individually.  In our Pavilion alone, over 70 cities presented their plans for climate action.

The highlight of the cities initiative was when Anne Hidalgo, Mayor of Paris, launched and hosted the Climate Summit for Local Leaders at Paris City Hall.  Attended by 640 Mayors, thought to be the largest such gathering, the Summit presented its ambitions to UN Secretary General Ba Ki-moon. It is a great credit to Paris that not only did it host COP21 but that it did so with such a spirit of hope and optimism so soon after the tragic events of 13 Nov.

(It is noteworthy that cities have continued to lead since COP21, even when nations falter.  When Trump denounced the Paris Agreement, citing that Pittsburgh did not care about these issues, the Mayor of Pittsburgh was one of the first to reaffirm his city’s support for action.)

Throughout, the message was that the world is at tipping point between the old fossil-fuel based economy and a new economy – and most are ready.  Cities, regions, businesses, investors are already working together.  They are already reconfiguring for this new world. What they demanded of the Agreement was that it formally recognise their involvement and that the Agreement be an ambitious and unambiguous statement of intent.  They wanted confidence to act boldly and a role in accountability.  They got both.

Unlike the Kyoto protocol, this Agreement formally recognises the role of sub-national governments as partners in this process.  This was one of the major goals of ICLEI, and I am very proud that via the Bristol co-hosted Cities and Regions Pavilion, Bristol’s prominent presence as European Green Capital, and the concrete aspirations of our Transformative Action Plans, our city and our University helped ensure the inclusion of such recognition in the final document. 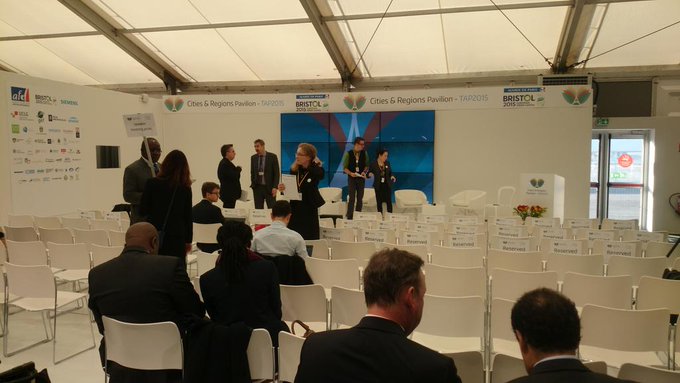 In the words of Gino Van Begin, “Pavilion co-hosts, Paris and Bristol, along with ICLEI, made possible an unprecedented show of unity by local actors at a COP.”  The City of Bristol, via George Ferguson but also via Bristol City Council and numerous partners, was everywhere at COP21 – and the University of Bristol was central to that, our contributions highlighted dozens of times.

As for a statement of intent?  That’s we got. When I spoke with Sir David King about the UK’s goals for the negotiations, he emphasised the need to emerge with the clarity to build confidence and support cooperation.  He went further by arguing that one of the UK’s main contributions will be via its Aid Budget, which will prioritise green growth and in turn, through technology development and scale-up of manufacturing, drive the global price of renewables below that of fossil fuels.

Similarly, Amber Rudd, Secretary of State for Energy and Climate Change (and therefore, Britain’s senior negotiator in Paris), emphasised that the 1.5C target was about aspiration and sending a clear message of confidence to investors.  Alas, our visit was too fleeting for me to ask her whether that balances the investor confidence lost when renewable subsidies are removed…

(And of course, she has had a rather controversial political career since then…) 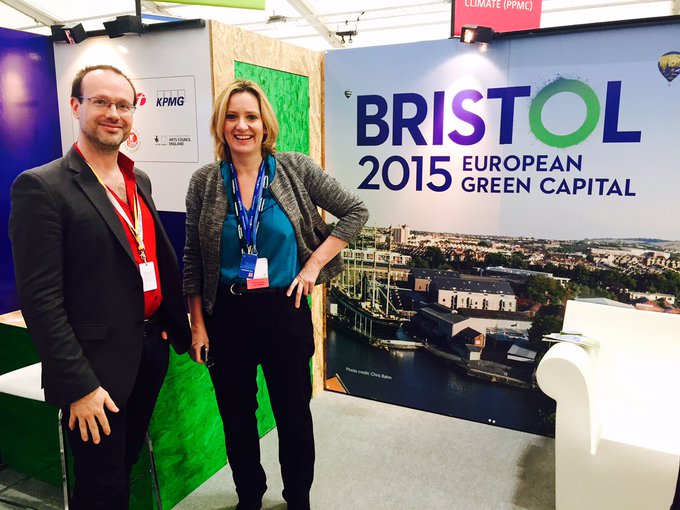 Arguably, no other international diplomatic effort has had higher ambitions: the COP21 Agreement successfully asked all the nations of the Earth to commit to a fundamental transformation of their energy, economy and society.  The achievement, then, has been about unlocking capital, stimulating investment and establishing confidence.  It is still the same old economic model – the Agreement was never going to deliver the downfall of neoliberalism – but different levers are now being pulled.

Will it work? That rather depends on what your definition of success is. But it is estimated that 10,000 new initiatives were launched in Paris last week.  That is a good start.